Who wants to be a conservationist? 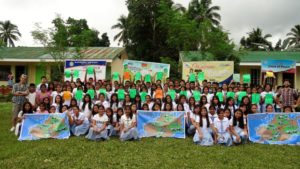 The idea which was growing long time in the heads of the Project staff finally came true. The Tarsius Project is educating again! This time we went a little bit further. After the success of the programmes for elementary schools and teachers, the program for the high schools was developed. We titled it “Who wants to be a conservationist?” because this time we extended material, not only covering tarsiers, but ecosystems of Bohol as a whole.

It took some time before the idea became the activity. In order to establish good collaboration with Department of Education, Division of Bohol, the Project staff went through all of the steps on the bureaucratic ladder. As a result of our efforts, Filip, our field manager, gave presentation to the highest official of the Department of Education Office in Tagbilaran on 24th May. All of our programmes met with very positive feedback and we were granted official support from this governmental office to conduct our educational activities in Bilar.

Our first target for the new programme was Bilar National High School. With a Principal support, on 22nd June we sat together with teachers of science working in that school in order to estimate difficulty of the program content and curriculum itself serving as basis for adjustments. Luckily it turned out to be fine and the program was launched on 28th June and lasted 3 days, until 30th June, covering three sections of 10th Grade, in total 165 pupils.

We went further not only in the extent of the knowledge we aimed to pass to pupils, but also scientifically. All agencies, organisations and scientific community call nowadays for evaluation of the conservation education programs. Following the trends, after coming up with appropriate method in our case, we developed an evaluation of our activity. It was carried out simultaneously with the programme. It assumed giving questionnaires to pupils one day before the educational visit (pre-test) and one day after (post-test). The same forms will be given to pupils 3 months later (retention-test) in order to check how the knowledge gained was memorized long-term.

The programme “Who wants to be a conservationist?” lasts 4 hours and consists of theoretical part and practical part. The lecture is teaching the pupils about biodiversity and importance of the forest, especially two important forest ecosystems in Bohol, e.g. mangrove forest and forest over limestone. Ecological services, values of above mentioned environments, chosen native species and their correlations between each other and ecosystems itself as well as conservation issues and possible approach to solve environmental problems were highlighted. To involve pupils to greater extent, they were assigned with practical work on wildlife in two ecosystems pointed out in the theoretical part. It was followed by short talk about these animal species and values of wildlife in general. Finally, as the biggest practical part, the pupils had a chance to play a board game. It was developed based on the idea of the game most of us know – The Monopoly. Adopting similar concept, we designed our board game to highlight problems with area development planning related to conservation issues, decision-making, conservation adaptation and benefits and disadvantages of presence or absence of particular species in the given ecosystem.

This program has an overall goal to develop environmental and conservation sensitivity about native ecosystems, particularly in Bohol and their wise and sustainable use. As with our previous

programmes, we aimed to improve array of soft skills of pupils, in this case, especially team work and critical decision-making.

Will we stop on just three sections? Of course not J This educational activity will be continued until October with the aim to cover also Grades 9th and 8th at the same high school and if circumstances allow in other two high schools in Bilar.

How it looked like you can see on the photos. And what is output? We are also curious! But let’s wait until the results are analyzed and published. It will not only show how did our programme do, but most importantly will hopefully contribute to improve conservation education practices in the developing countries. 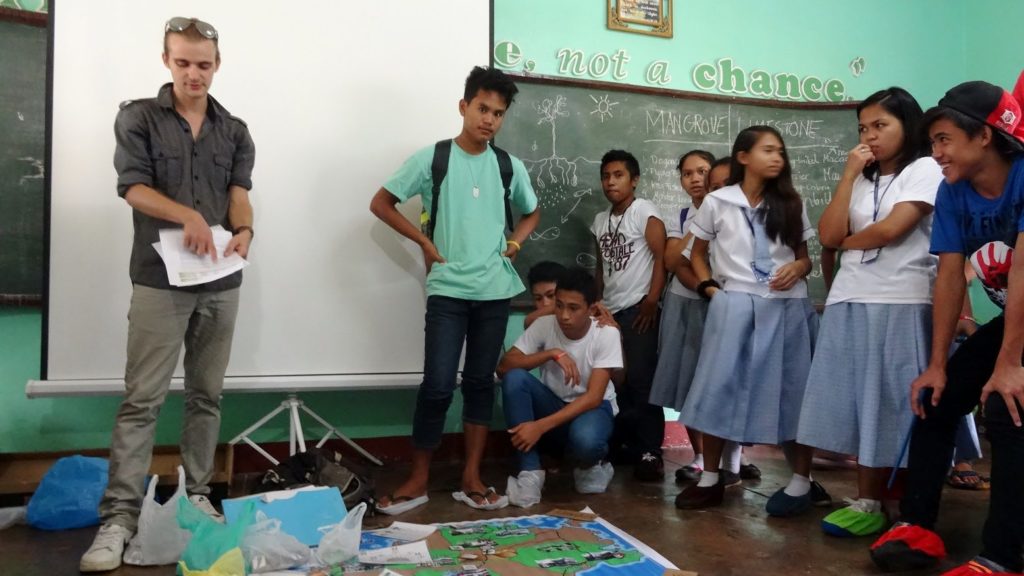 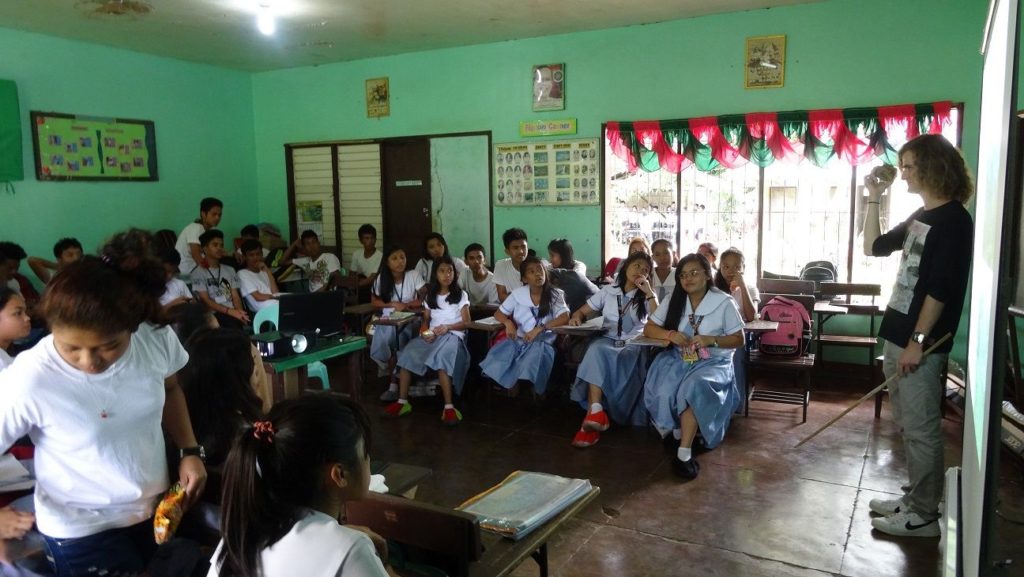 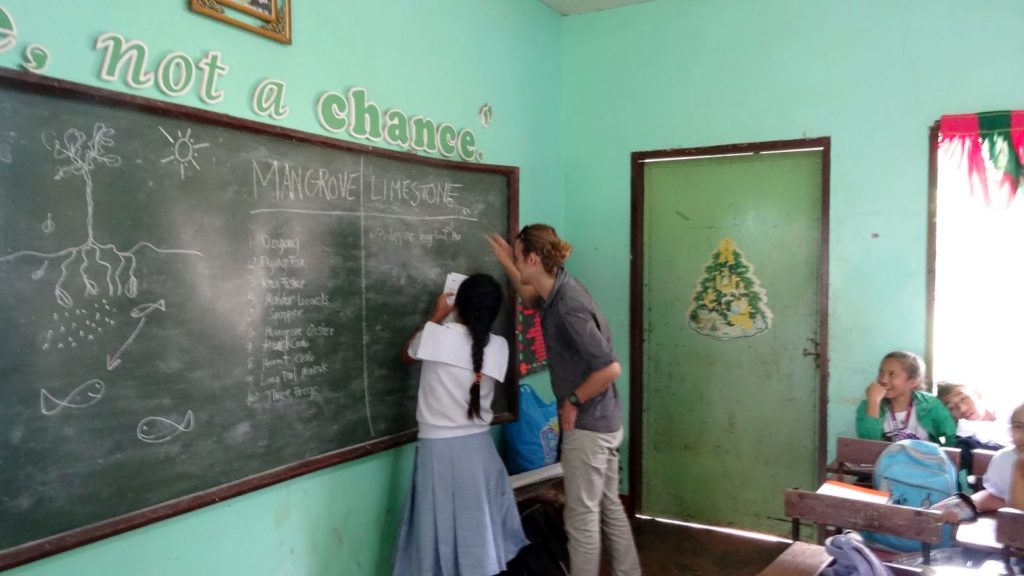 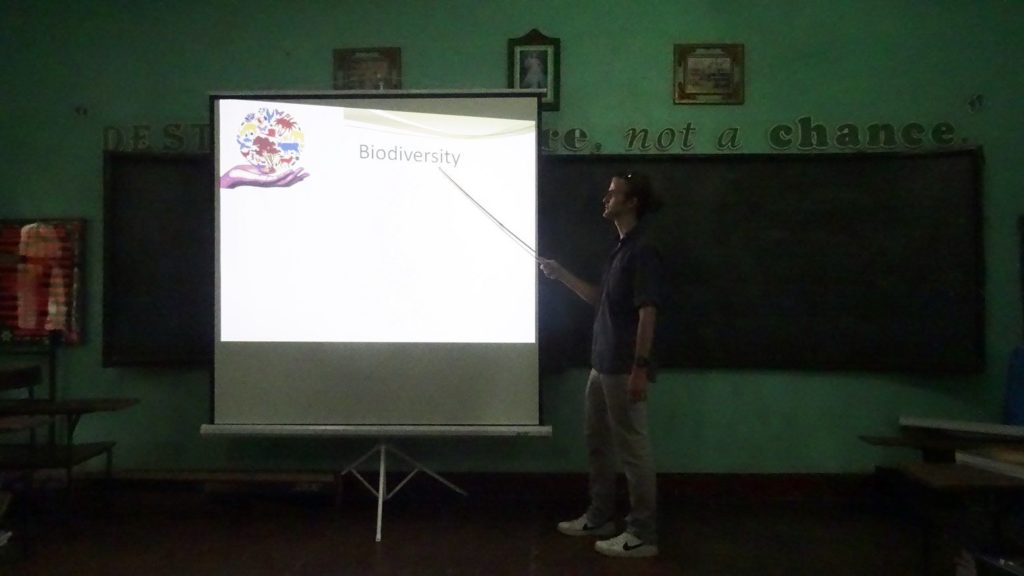