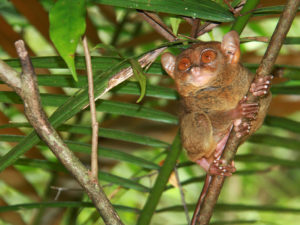 In December the Czech deputy minister of foreign affairs Tomáš Dub visited the Philippines. During this time he visited also Bohol Island, the field site of the Tarsius project led by a Czech zoologist focused on conservation of the Philippine tarsier. He has also a meeting with the undersecretary of policy and planning Demetrio L. Ignacio.

The Tarsus Project led by RNDr. Milada Řeháková, Ph.D. from Decin Zoo is involved in conservation of the Philippine tarsier in the Philippines intensively since 2009. The project has already achieved lot of success. The most important think is the role in closing of facilities displaying the Tarsiers as a tourist attraction in unsuitable conditions where they died soon and transfer of all the animals into a bigger naturally planted enclosure in Loboc. This happened soon after Dr. Milada Řeháková together with the Ambassador of the Czech Republic Josef Rychtar submitted reports to the Secretary of the Environment Ramon Paje and Undersecretary Demetrio Ignacio.

On a meeting of the deputy minister Tomáš Dub, the ambassador Josef Rychtar, undersecretary Demetrio Ignacio and director of Protected Areas and Wildlife Management Bureau Theresa Mundita S. Lim, the undersecretary Demetrio Ignacio highlighted the that this goal was achieved mainly due to the effort and suggestion of the Czech zoologist Milada Řeháková-Petrů who is working on Bohol Island and submitted the suggestion for further improvements in her report.

Following this important step in tarsier conservation, the Departmenet of Enviromnent and Natural Resources approved extending the tarsier sanctuary in Corella and Sikatuna of additional 167 ha (8 ha so far) and the Czech deputy minister of foreign affairs and the ambassador participated on the official ceremony.