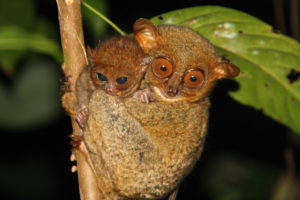 4th may has been announced as international tarsier day. Tarsier baby born last year in a conservation centre on Bohol Island which was developed as a part of the Tarsius Project celebrates its first birthday. It is a huge success. Let´s see what all is behind this success and what he we have learnt thanks to it.

RNDr. Milada Řeháková, Ph.D., founder of the Tarsius Project, explains: „ In 2012 we started development of a conservation centre for the Philippine tarsier in Bilar on Bohol Island as a part of the Tarsius Project together with a local conservation centre Habitat Bohol. During a two years there was a big enclosure built on a former farm property and later also one smaller enclosure. Both were developed and planted by our staff and volunteers and prepared for welcoming of the tarsiers. Our first tarsier is Julius. He got his name after our long-term team member, the best tarsier catcher in the locality. Nowadays is only catches tarsiers for us J. Tarsier female Nina became his partner next year. Our tarsiers got to like each other and we hoped into a successful breeding. Philippine tarsiers breed seasonally. Mating occurs between October and December otherwise they spent their time mostly solitarily. Therefore, our tarsiers were joined in October. Soon we saw mating and after that Nina started to be aggressive towards Julius. So they were separated again and we hoped into a success, the baby. Tarsiers are very difficult to be kept in captivity and so far, their breeding was not successful. So we were curious if we will breeding them successfully in conditions that reflect their natural habitat and the most possible way. Unfortunately, after half year Nina gave birth but the baby was found dead. Most probably, it died during birth. As tarsiers breed seasonally we had to wait until the next year for another attempt. The next autumn the tarsiers were joined again, mating was observed and the female got pregnant. After half year, the long awaited moment came. As we saw on the camera traps, Nina gave birth on 30th April 2017 to a healthy baby. It is a huge success not only in the Philippines but also in the field of international zoology because tarsiers are not successfully kept and bred anywhere in a zoo. Our joy is even bigger when we can say that the tarsier baby celebrates its first birthday. In the past vast majority of the tarsier babies died very soon after birth and the other during the first year of life. 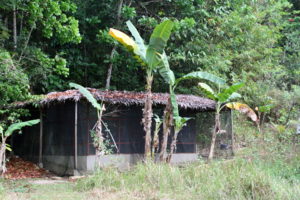 We can say that other period of our activities under the Tarsius Project has been successful. Five years of effort and also previous years of a filed research of tarsiers brought success. The further continuation of the tarsier conservation centre in Bilar, Bohol was completely taken over by the co-founding organization Habitat Bohol (Wings of Serenity) at the beginning of the year. The Tarsius Project gave its expertise and recommendation and of course we will share them also with other tarsier holder in order to prevent any unnecessary deaths of these endangered animals.

So let’s summarize what we learned about tarsiers thanks to establishing the conservation centre. We have found out what conditions they need to keep them alive. And this has to be emphasized because a large part of the animals die right after being brought into captivity. We successfully kept and bred tarsiers on an area of ​​17 m2, planted with dense vegetation. Climate is likely to be very important, with a relatively stable temperature and high humidity in the Philippines. One animal requires 20-40g of insects – especially crickets, grasshoppers, but they also eat super worms, spiders, dragonflies or mantis. We found some data about their behavior, which were hardly observable in nature, and confirmed some previously observed facts – such as the length of pregnancy or the care of the young, when the young mother transports her baby in a moth and baby starts to follow her after a few weeks. 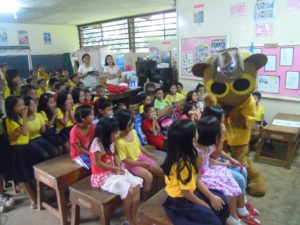 During these five years, we have also been extensively sharing information about tarsier and nature conservation. About 800 children, students and teachers passed through our education programs, which, as we are hoping, will be important in nature conservation by this young generation.

We thank everyone who supported us during this time and kept their fingers crossed”, add Dr. Milada Řeháková from Tarsius Project. 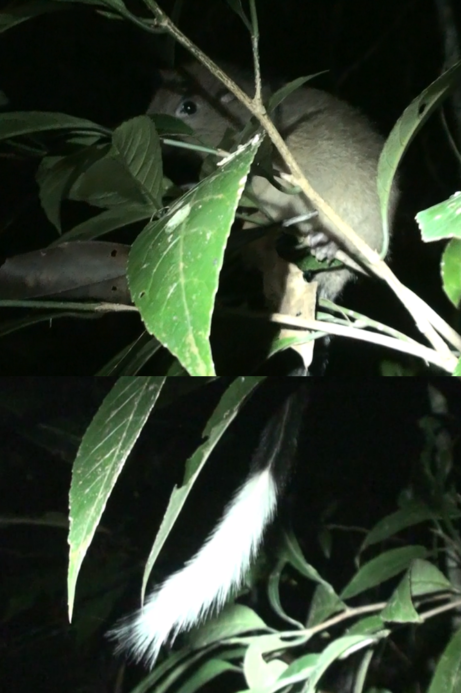 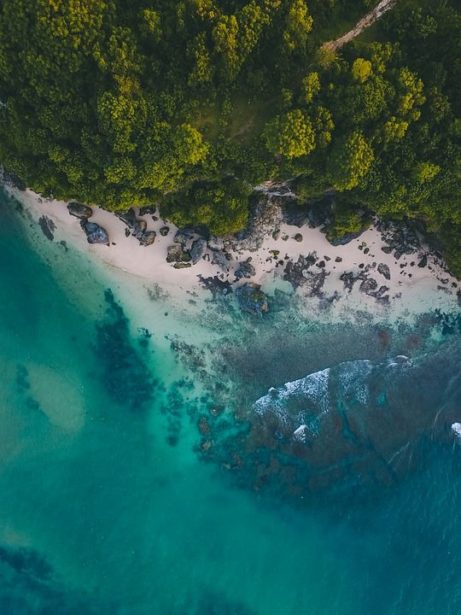