Are the tarsiers more than tourist attraction for us? 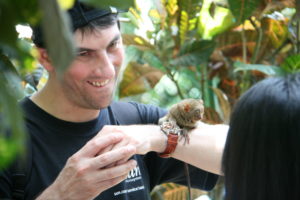 A dialogue on Philippine tarsier conservation was conducted on 12thDecember 2010 in Tagbilaran City, Bohol. The main topic was tarsiers in captivity on Bohol island. The meeting was opened by a Bohol representative Mr. Abel Damalerio – SP, Committee chair on Environment on behalf of Mr. Rey Anthony Chiu, PIA – Bohol manager, followed by messages of Dir. Demetrio Ignacio – DENR USEC for Policy and Planning, Dr. Antonio Manila – Assistant director, PAWS – DENR and a special guest Dr. Josef Rychtar – Ambassador of the Czech Republic. The ambassador is an official supporter of the Tarsius project led by Czech scientist and conservationist Dr. Milada Petrů. All of them highlighted the need of our care of this unique species.

Tarsiers are not only very interesting animals; they are an important part of the Philippine nature. Unfortunately for them during past decades they started to play a main role in tourism and business. Despite they are strictly protected faunal species of the Philippines and despite they suffer and hardly survive in inappropriate conditions in captivity, tarsiers are seen on main tourist roads and shown as an attraction in conditions that are far from what they need to survive. These animals serve as a tool of owners’ income. The increasing demand on captive tarsiers increases number of tarsiers illegally caught in the wild. The tarsiers are slowly disappearing from the forests. This is the reality. If the nature and wildlife protectors will not act soon one day we will notice that there are no tarsiers left.

Dr. Milada Petrů presented result of her survey of facilities displaying tarsiers as a tourist attraction. The conditions in these facilities do not ensure welfare of tarsiers. The facilities do not have any value for conservation or education. More importantly, she presented suggestions for change based on her expertise and distributed husbandry guidelines to DENR personnel and tarsier holders.

As the topic is very sensitive the programme was followed by an intense discussion between those protecting needs of tarsiers on one side and those fighting for their business arising from displaying tarsiers as an attraction on the other side. Representatives of in nature protection, tourism, local government and tarsier holders were present.

As a governor Chatto said, “The meeting has been conducted on how to protect this primate, which is a symbol of Bohol and now a mascot of the whole country. Tarsiers should not be taken as an object of desire or of commercial value. If our foreign friends are concerned with our tarsiers, we ourselves must also be concerned for us and for our future generations.”

There is a big hope for tarsiers. The dialogue of tarsier conservation that brought together Czech scientist and conservationist, Ambassador of the Czech Republic being on his first visit on Bohol, DENR and local government representatives represents a big change in captive tarsier policy and will ensure better future for tarsiers..

The good and promising news for better tarsier future is that the first steps were already taken. The DENR accepted the recommendation for captive keeping of tarsiers suggested by Dr. Milada Petrů and they are already being implemented.

There is a strong need of establishing of a professional conservation centre. Dr. Milada Petrů, Ambassador of the Czech Republic and other tarsier experts and conservationists strongly believe that a proposed centre will get licence from DENR soon and that Philippine authorities including DENR and local governments will be very strict in their rules and regulations and will distinguish between facilities abusing the natural treasure and exploiting the wildlife and the proposed professional scientific centre run by experts for a better future of the species.

The article can be downloaded here. 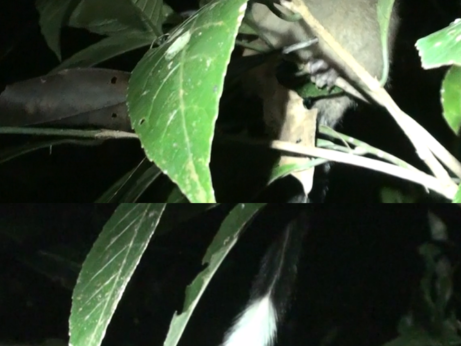